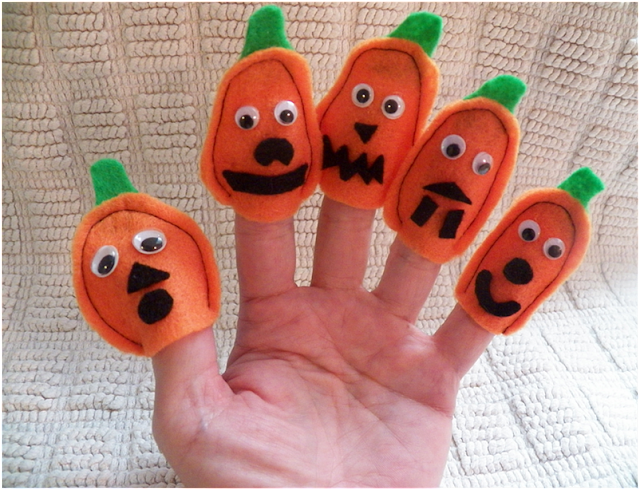 Another of the ideas I never got to last Halloween!  It's been a long time since I sang this children's song, but I think it goes something like this:

Woooooo went the wind and
OUT went the light!
And the five little pumpkins rolled out of sight!

Using pattern, cut two of each pumpkin from orange, and five green stems.  Sandwich the stem in between two pumpkin pieces and pin in place.

Sew around the edges - I put the stitch length to 3.5. 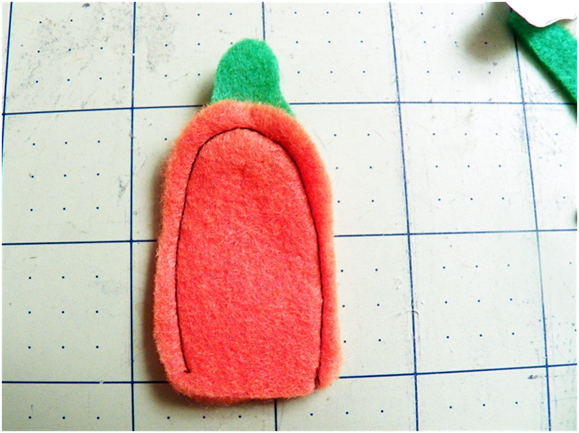 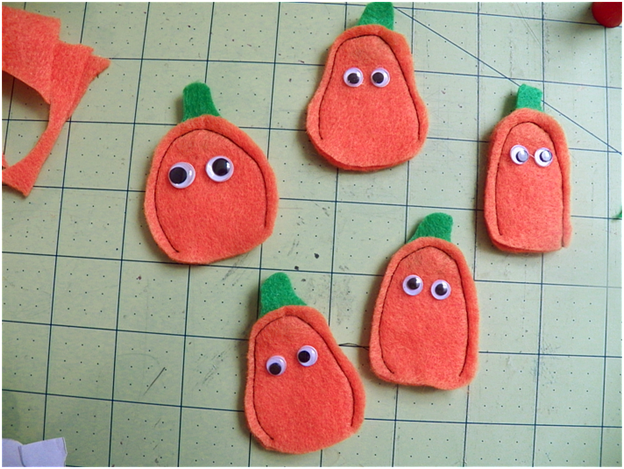 ... then cut noses and mouths from black and glue onto the pumpkin faces. 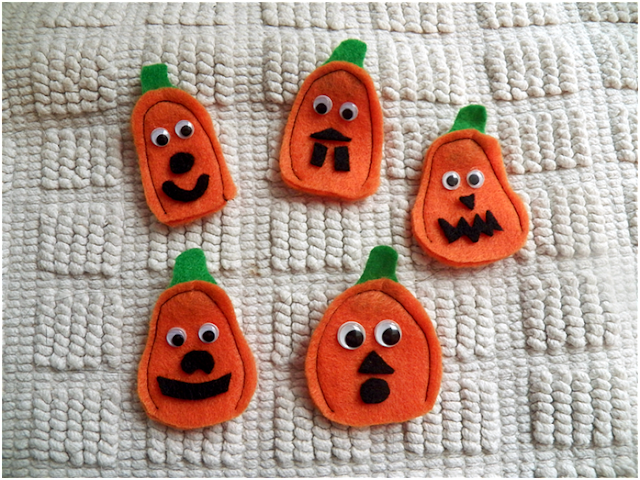