In honor of Earth Day, this week I'll be posting about projects and art that reuse/repurpose materials one already has.

Since I use felt a lot in my projects, I end up with a lot of felt scraps.  And since I have a hard time throwing anything away, I have a LOT of felt scraps!  I use a lot of them in felt work, but can't keep up with the growing pile.  If you've seen the photo of the felt rug from Martha Stewart's Craft Department, you might not realize it was made using scraps - I know!  I didn't quite believe it either until I made today's projects and saw how little it takes to make some cool things. 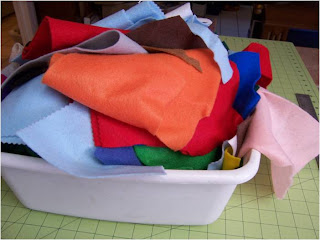 Materials:
*felt scraps - include long pieces, not just the shorter scraps
*hot glue gun and lots of extra glue sticks
*rotary cutter and cutting mat - while you can make these using scissors, it will take a long time

1.  Cut your scraps into 1/2 inch wide strips.  This takes awhile!  You don't need very many strips to make a coaster, though.  I sorted the strips into color groups as I cut. 2.  To make the coasters, take one red strip, add a small amount of hot glue to the end, and roll tightly.  I found it easiest to do this for the first color by putting the glue on the strip while it's lying down and then rolling.

3.  Add orange next, putting the new color right up against the end of the old color.  From this point on, it's easiest to put the glue on the already rolled felt and then add the new strip. 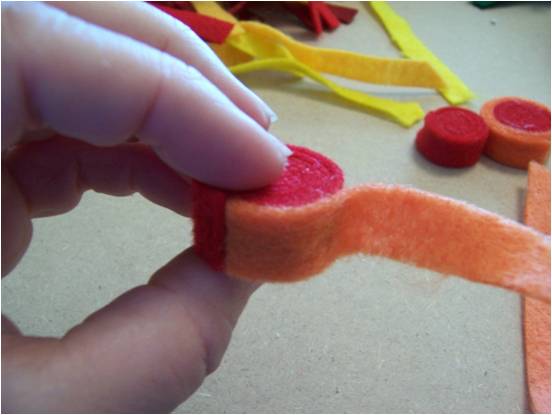 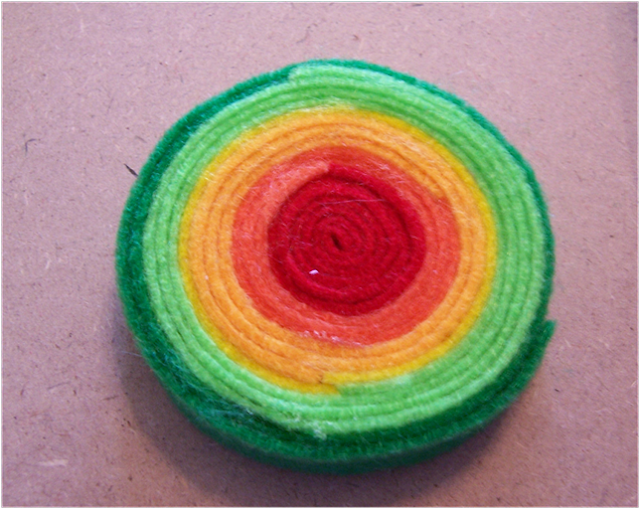 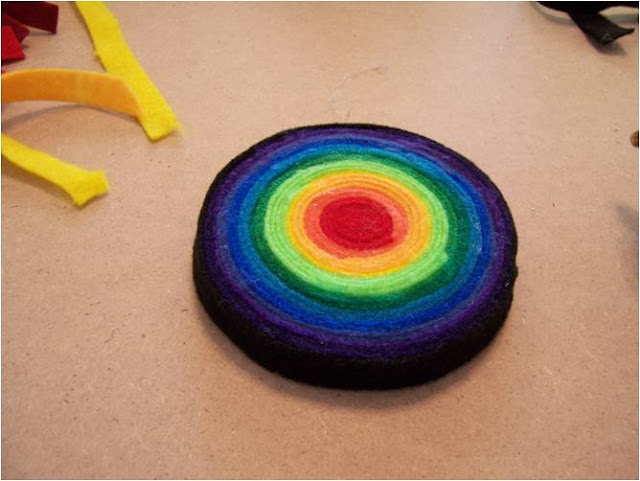 5.  The circles were easy, fun to do, and a little bit addicting!  So I decided to try something that involved other shapes and putting pieces together like in the original felt rug.  Not as easy!  But, a couple hours and several bad hot glue burns later, I was happy with my sunflower trivet.

To start the oval, I put hot glue on about 1 inch of a light tan strip and folded it over.  After that, it works just like making circles - put glue on the already rolled felt and add the new pieces to the roll. 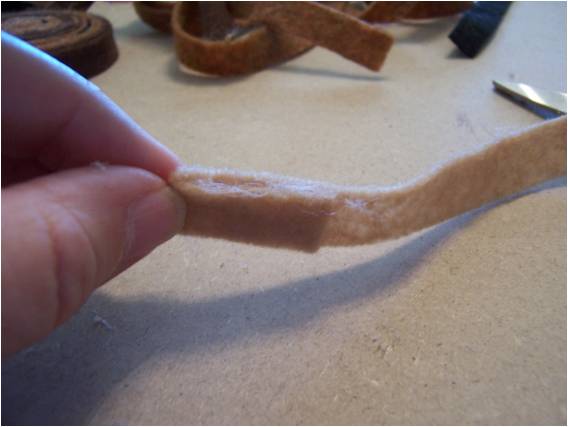 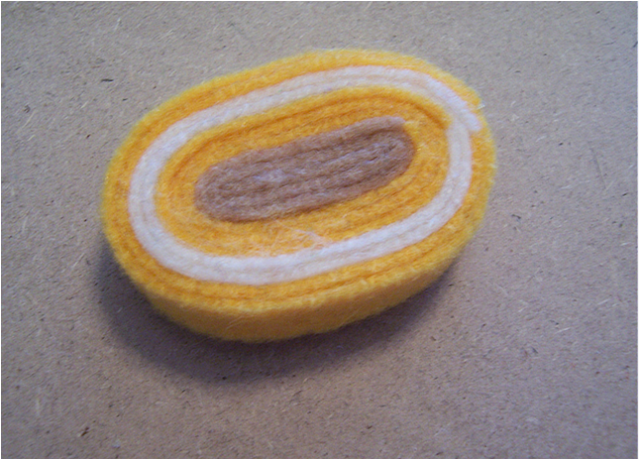 6.   I glued the petals to each other and the center and then added a couple rows of orange around the entire piece. 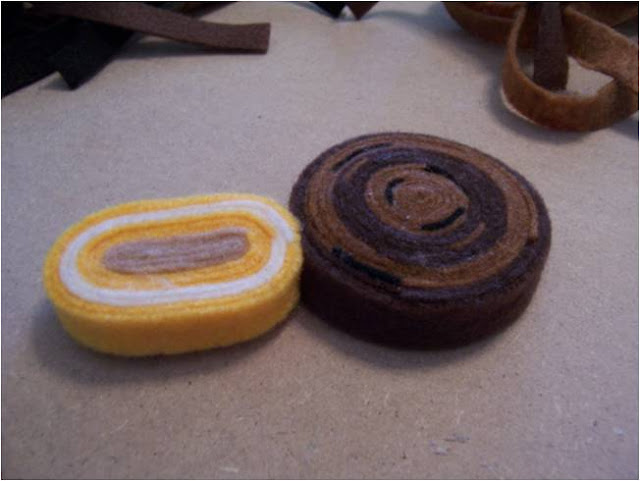 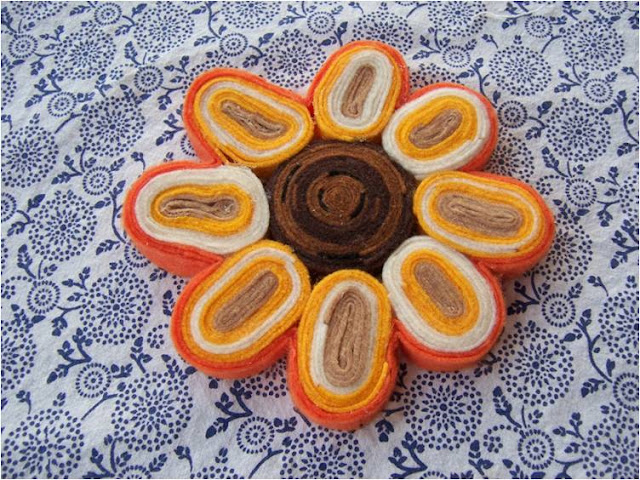 
Posted by Deborah Schlegel at 5:30 AM