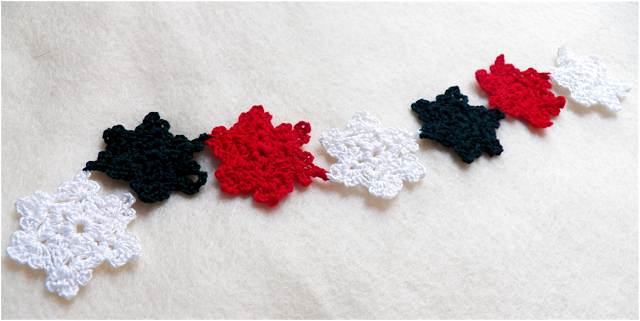 It's been unusually hot for the end of August around here - too hot for even me!  I'm dealing with it by working on snowflakes and thinking about cold things, like snow ... Christmas ...ice ...  I wanted to make a snowflake garland last Christmas and ran out of time, which is probably a good thing since it would've been all in white thread if I had gotten it done.  This summer I found a huge amount of red and green size 10 crochet thread at Goodwill for a ridiculously low price and decided to use it in the garland. 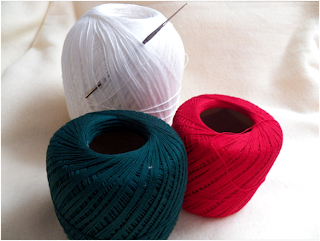 I used Lucy's great snowflake pattern - she has a tutorial on it here at Attic 21.  She's in England, so the directions are written with British crochet terminology.  If you're using American terminology, just substitute single crochet for double crochet. 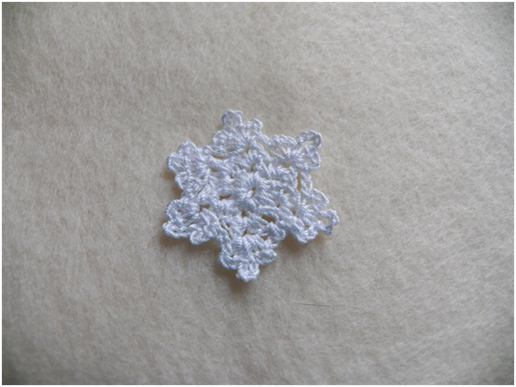 2.  Make your second snowflake, but stop when you have one chain loop left on your last round.  Make your first sc, chain three, sc, and make two of the five chain stitches that come next. 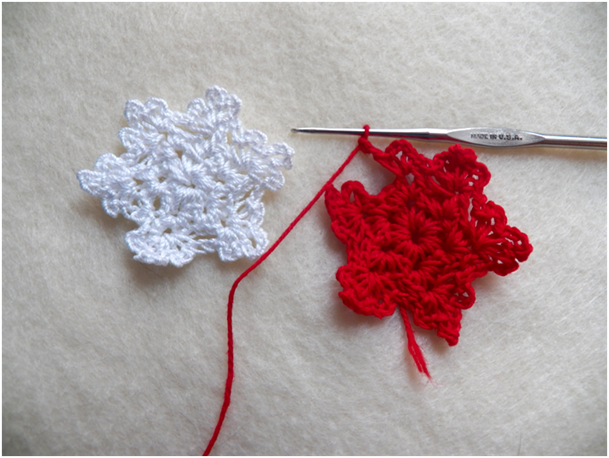 3.  Insert your crochet hook down through the chain 5 loop of the previous snowflake.  Hook the thread and make your next chain (the third of five) through the loop.  Make your last two chains.

4.  Now continue on finishing up the snowflake just as you did your first one - except now you have another snowflake attached. 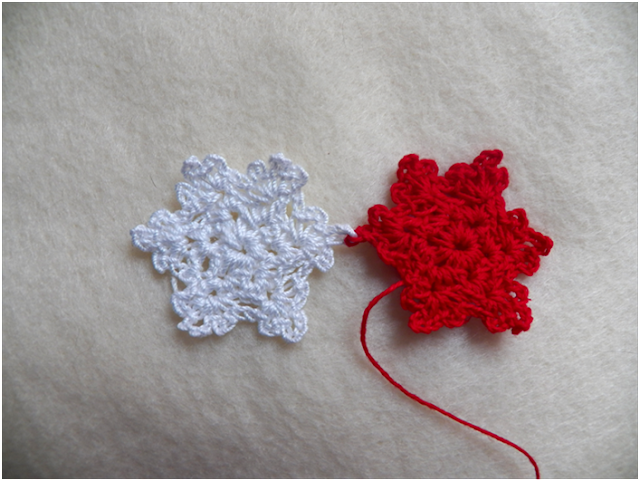 5.  Continue making snowflakes and attaching them until your garland reaches the desired length. 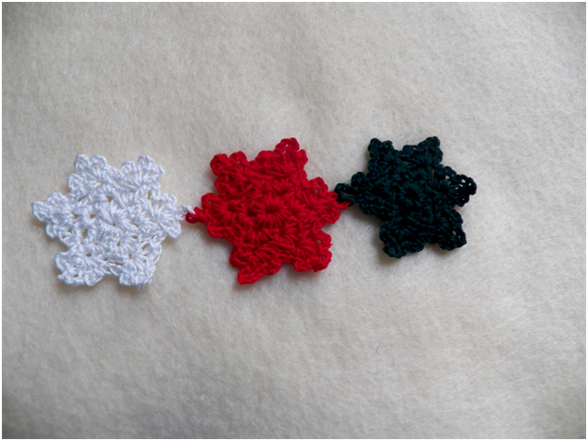 I'm going to just keep going on this and hopefully will get it long enough to wrap around our tree a few times.