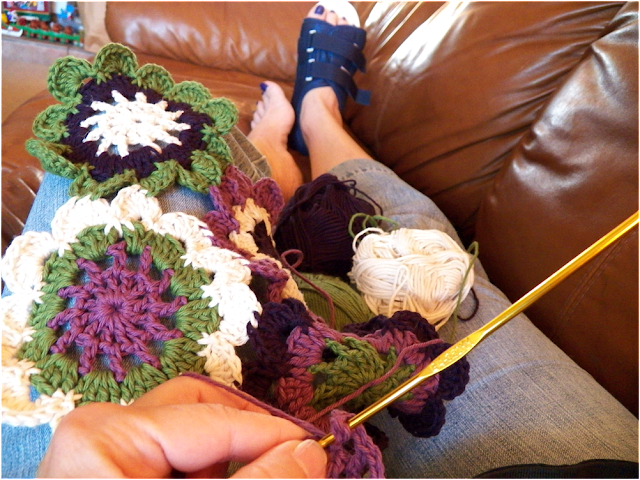 Since I'm stuck on the couch for most of the day (last post), I decided I might as well treat myself to starting on a whole new crochet project!  I have this rule for myself that I don't get to begin a new project until the current one is either finished or impossible to work on - ran out of yarn that's back ordered or 100+ degree weather and using wool are the two usual excuses. 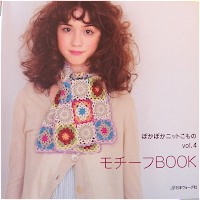 So I'm busily crocheting Japanese Flower Motifs to make a cotton/linen scarf.  The yarn is Cotlin from KnitPicks, I'm using an E crochet hook, and the pattern comes from the crochet book to the right.  I ordered it (ISBN978-4-529-04442-4) after seeing several bloggers' posts on their beautiful work using Pattern D. 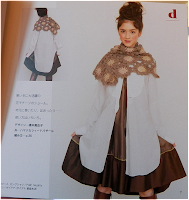 The book is still in print, so I won't post the pattern, although it is apparently available on some sites if searched for.  However - the diagram in the book has several confusing spots and a few places with what appears to be missing symbols.  You can't do what they want you to do without a few preliminaries!  So if anyone is having trouble, I don't see where a short video of how to solve those problem spots wouldn't be appropriate.  Just let me know.


I've been wanting to make a top from crocheted motifs for several years, but haven't got around to it yet.  Irish crochet has always intrigued me!  And then when I found the work of two Ukrainian designers, I started sketching, collecting brightly colored crochet thread, and making big plans - haven't actually done anything but plan yet, though!  So this scarf is my beginning.

If you haven't come across the work of Antonina Kuznetsova or Miroslava Gorohovich, definitely get a big cup of tea or coffee and sit down for awhile with their websites.  The work they do is unbelievable gorgeous! 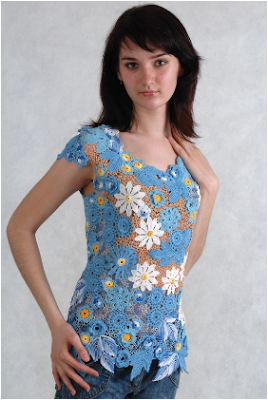 Looking at Antonina's work several years ago was the first time I realized that the vintage Irish crochet lace I love could be modernized and still used in clothing.  I love the bright colors of thread used!  Her Flickr photostream here has even more beautiful examples - she's been doing this for quite a few years, so there is a lot to look at.  I also found an interview Doris Ohrenstein did with her for CrochetInsider that can be found here.  Very inspiring!  I almost considered subscribing to the magazine she designs for ... but I'm having a hard enough time working through the Japanese books I have! 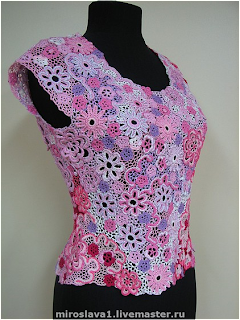 Miroslava also designs for Eastern European needlework publications and designs in a similar way.  I haven't been able to figure out if her website has a translation button so I don't know what she's saying, but the pictures are wonderful.  There are more examples on her Flickr site here.


If you're anxious to give this new type of Irish crochet a try, there's an explanation on Smart Knitting-Crochet's website here and a YouTube video of Canadian designer Ira Rott filling in the mesh around her motifs.


Back to my simple motif scarf!  I think it's about time for more ice on the foot ...