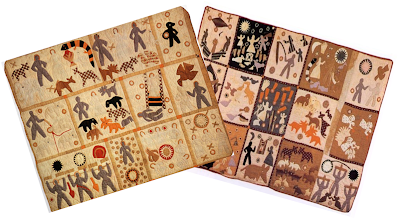 Last September I discovered the story quilts of Harriet Powers (this blog post) and they inspired me to create my own year long story quilt.  Well - here it is 2011, January is almost over, and I'm planning my first quilt square.

Many different cultures use story quilts/cloths to record and retell events.  In looking for more inspiration for my quilt, I found the story cloths of the Hmong, created in the refuge camps in Thailand they fled to from Vietnam.  The Hmong have a long tradition of decorating cloth with intricate needlework.  Their story cloths use embroidery to record the events of war, escape over the Mekong River, and life in the camps. 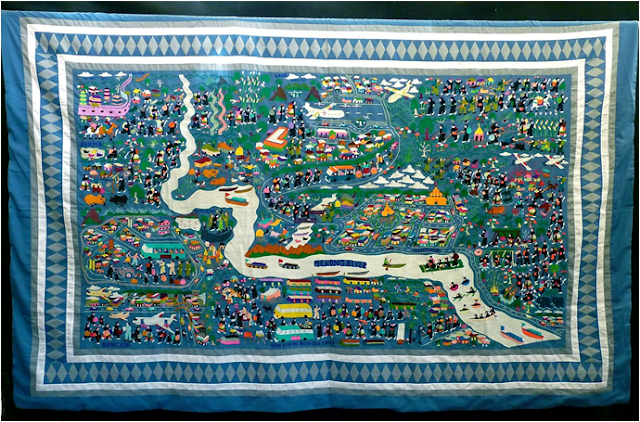 This cloth is one of several created by Joua Xiaong, a young woman who has spent most of her life in the Ban Nam Yao Refuge Camp in Nan Province, Thailand.  See more photos here. 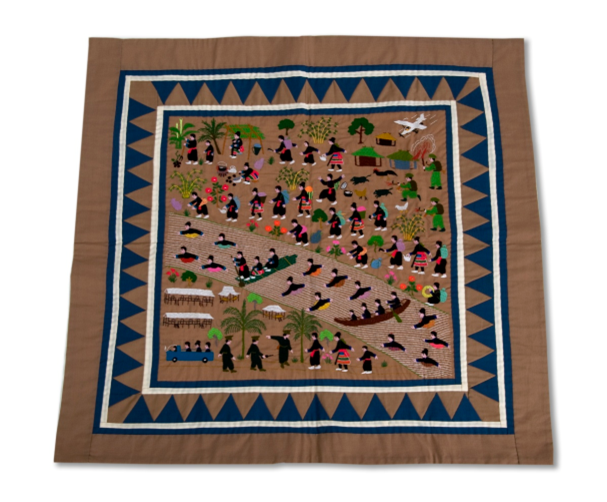 This cloth at the Kansas Historical Society tells the story of a family who escaped across the river and were taken to one of the camps before eventually ending up in Kansas.  The KHS has a good write up on what these escapes often entailed. 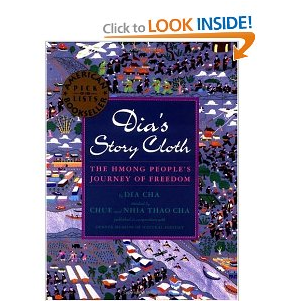 Dia's Story Cloth is one of those picture books that is really for older children and adults.  Written by Dia Cha, it uses the story cloth created by her aunt and uncle, Chue and Nhia Thao Cha, to tell the story of her birth in Laos and her family's escape to Thailand and eventual journey to the US.  The link to Amazon shows part of the cloth in close up.

For my quilt, I decided to go over the photographs I take each month and use either one or parts of several to make each month's square.  Next Wednesday, I'll show you how I did this for January.  I'm hoping that some of you might want to take part in this project with me!  I'll create a Flickr group we can post each month's squares to (to help inspire each other) and next January I'll post pictures of our creations.