Oh boy .... this is how I felt when as an adult, I found out George Washington didn't really chop down a cherry tree and tell the truth about the deed!  For some reason, I loved this story as a child - it could have been because I loved cherries.  And I had the worst poker face in the family, so I learned quickly that trying to lie just didn't work.  When my mother wanted to know what happened, she'd focus on me! 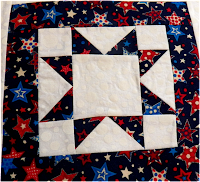 So what cherished story did I just find out is now viewed as controversial, to put it mildly?  Actually, two stories - I also just found out that Betsy Ross didn't stay up for nights on end sewing our first flag.  In fact, she didn't even sew our first flag.  Hmmph.  But the one really bothering me is that civil war and quilt historians do not think there is enough evidence to support the stories of quilting patterns being codes on the Underground Railroad.  And that there are big, big holes in the story.  Hmmph, again. I love this story!

This all began when I started researching the history of the quilting pattern known as the North Star or Sawtooth Star.  This is the next pattern I'm working on projects for (come back next Wednesday and see the first one) and I "knew" a little about its use as a signal on the Underground Railroad.  Maybe, maybe not.  One of the problems with the history of the Underground Railroad is that is was an underground movement.  And if your underground movement is going to be successful, you don't write stuff down about what's going on!  Afterward, people will write memoirs, articles, and start talking - but the whole story is often lost.  In the case of quilt symbols, there is apparently no mention of it anywhere except by one person who told the story to the authors of the book Hidden in Plain View, writer Jacqueline Tobin and art history professor Raymond Dobard.  Just because only one person told of this system of quilt codes doesn't make it a myth, however, others have not been able to find any evidence of this.  And parts of the story contain dating errors - patterns that were said to be part of the code were not used until decades after the Civil War.  If you'd like to read more about this, there are articles by quilt historians Kris Driessen here and Patricia Cummings here.

What I was able to discover about the history of the North Star/Sawtooth Star pattern is --- not too much!  It is old.  The oldest example I found is a quilt from around 1800 recorded on The Quilt Index.  The unknown quilter used indigo dyed wool in constructing the blocks. 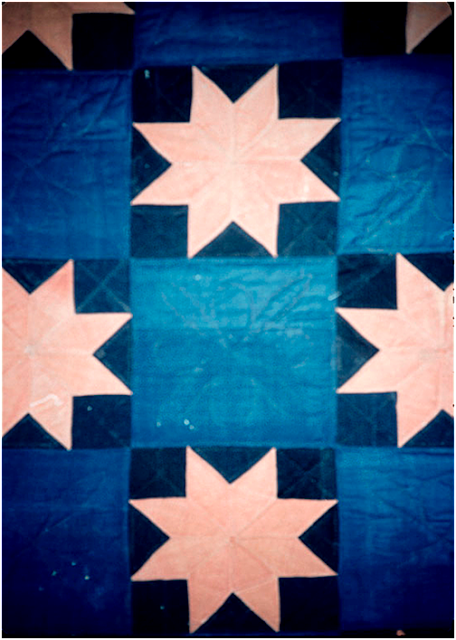 This quilt, also from The Quilt Index, was made in the 1850 - 1875 time frame by a quilter known only as Ellen.  She hand pieced and stitched it from cotton fabric on her family farm near Versailles, Kentucky. 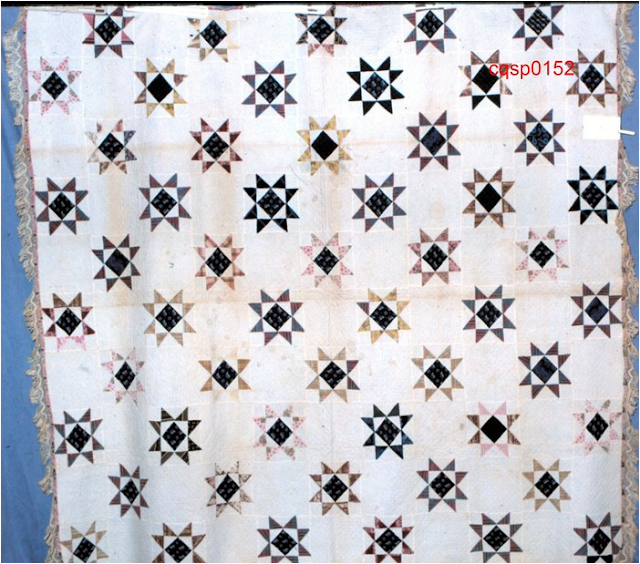 And the last quilt I have to show you brings us back to the Civil War.  This quilt, shown in a 2001 exhibit at the Smithsonian's National Museum of American History, can be seen and read about in detail on the Historic New England website.  It was sold at the 1836 Boston Anti-Slavery Fair - be sure to visit the website and read the poem that was embroidered in the center.  More about the anti-slavery fairs can be found on Barbara Brackman's Civil War quilts blog.  In fact, if you like quilting history, you'll probably love her site and her book Facts and Fabrications: Unraveling the History of Quilts and Slavery. 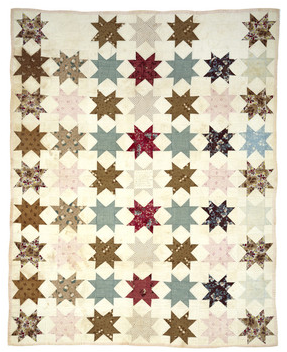 The thing about cherished stories is just that - they're cherished.  I'll probably always think of the Underground Railroad when I see this pattern, just as I won't totally discard my visions of Betsy Ross selflessly toiling away on our flag or a young George Washington bravely doing the right thing.  Escaped slaves traveled at night and we do know they followed the North Star.  I may just hang onto my vision of a North Star quilt in some way marking their next station.